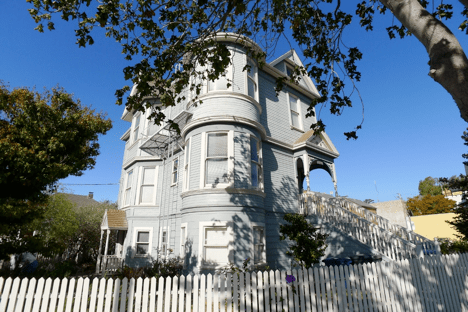 “The company has mostly been in Oakland – at different addresses – because it is the ideal location for a business that specializes in multilingual, multicultural communications, “said Carla Itzkowich, Executive Director “and when we bought our own building 16 years ago, International Contact chose property in a prime location and just two blocks from an important client: the City of Oakland.”

It was in Oakland where the company grew from a two-person video translation production company to a Multilanguage Communications Agency employing 12 people full time, and over 2,000 resources, including translators, interpreters, voice talent, directors, and graphic designers to service the foreign language needs of Fortune-1000 corporations, government and healthcare companies.

“For a long time we resisted developers who wanted to purchase our corner property,” said Norma Armon, the Chairman of the Board “but when they approached us with a final offer, on the same day that the staff arrived to find our entire building covered in graffiti for the fourth time, we were ready to listen.”

Itzkowich had bought the downtown property as a foreclosure during the recession of the late 90’s; so the generous offer allowed International Contact to upgrade their space and return to their birthplace in the city of Berkeley. The beautiful, well-maintained Queen Anne Victorian is located just two blocks from the Ashby BART and across from the Berkeley Bowl.

“In many ways, this now suits us better.” says Itzkowich “We have a small garden and I can open my window, which I have not been able to do since the 80’s when we were in West Oakland.”

International Contact, Inc. actually started in Berkeley in 1982, so they are happy to have capitalized on the Oakland boom and expect to be as successful in their new offices as they were in Oakland.

Happy Year of the Ox!

IC featured on Fierce, Fabulous Fridays with Girls Who Print